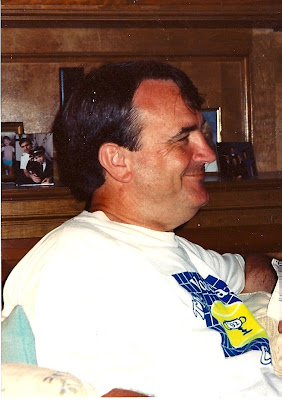 Today is my dad's birthday - he was born on September 1, 1944 and would have been 65 today. So I thought it only fitting to blog about my precious daddy.

My dad was the best man EVER. He was funny, quick-witted, hard-working, smart, loving, generous, a Cowboys fan (as all good men are), and always knew the answer to everything . . . or could at least quickly make something up that sounded plausible. I remember being on a road trip as a kid and driving up on an accident that had occurred on the highway. I asked my dad what had happened because he knew EVERYTHING so he surely knew THAT. Rather than just saying that he didn't know, he made up an elaborate story: "Well, see the guy in the blue car? It's his grandmother's birthday and he was running late for her birthday party. He was driving really fast to get there. Then the lady in the red car was . . ." And I was hanging on every word to hear how the actual accident happened. But then I caught on and said something like "Daaaaaaaaaaaaaaaaad!!" and he just laughed and laughed. You have no idea how many times I fell for that one.

Not a day goes by that I don't wish that my dad was still here. I miss his laugh, his jokes, his voice, his encouragements, and just his general presence. I miss him so much that it's hard to wrap my brain around it. But I'm thankful that he gave me little parts of himself that help him to live on in me. For instance . . .

He gave me his dimples: 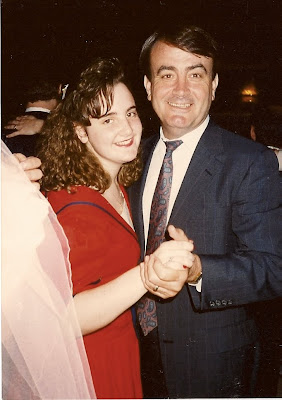 Stop laughing at this picture of me. I was in 8th grade so cut me some slack, okay? And, no, I have no idea why I was wearing a sailor dress in 8th grade. By the way, I think this picture shows that he gave me his eyebrows, too. Luckily, my mom gave me a pair of tweezers . . .
He gave me his ability to get AMAZING bedhead: 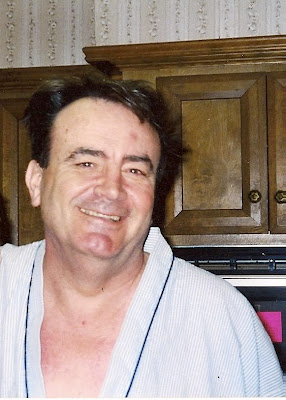 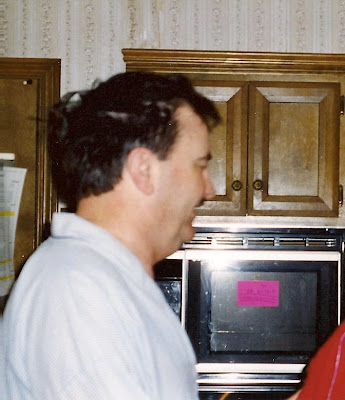 He gave me a love of music and, in particular, the sound of a guitar: 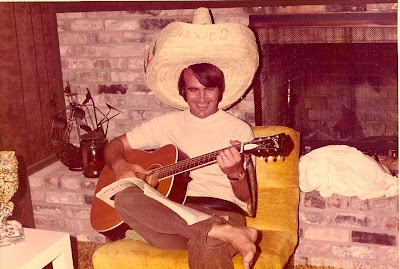 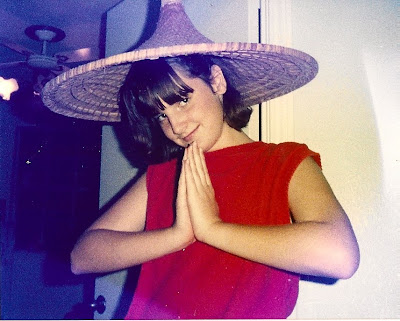 We're twinkies!! And so multi-cultural. I have no idea what I'm doing in this picture but, apparently, this hat made me want to pray and flirt with the camera. I'm sure I thought this was an AMAZING picture when i took it. It's embarrassing.
He gave me a love of singing: 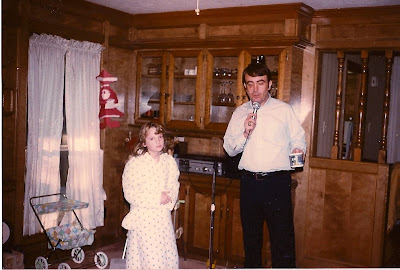 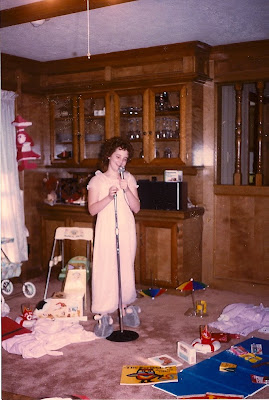 (Fantastic Sam's gave me the permullet, not my dad . . .)
He gave me my sense of political correctness: 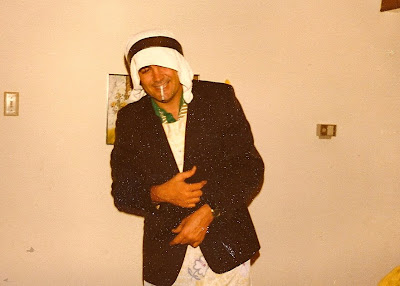 And he gave me a love of writing. My dad was a beautiful writer and a poet and had a great way with words. He wrote lots of poems as a young man that would bring a tear to your eye. Before he died, he had started a story about his hometown. He only got the first part of the first chapter done which is too bad - it would have been a great book to read. But my favorite thing he ever wrote was a poem that he wrote for me when I was leaving to go to law school in Birmingham:
As the time draws near to say goodbye,
The tears begin to sting -
As scenes of days that are long gone by
March through my thoughts and dreams.
I was always sad when you started school -
Each grade was another year gone.
And college was tough, but you were still close by,
And never that much alone.
But here you are, a grown lady now
And leaving for school again,
But this time the miles between us
Are much longer than they've ever been.
So I think of the years that have led to now -
Fond memories that will carry me through -
The times we laughed, and played guitar,
And shed a tear or two.
But I also think of the moments I missed
By being too busy to see -
That nothing could be more important
Than building those memories.
There were some times I made you mad,
And said your music was way too loud -
But in all your life - in all you've done -
You've always made me proud.
I love you,
Dad
August 1999
So thanks for giving me so many attributes, Dad! I hope that they will help me to be as great a person as you were. And I hope I forever make you proud. 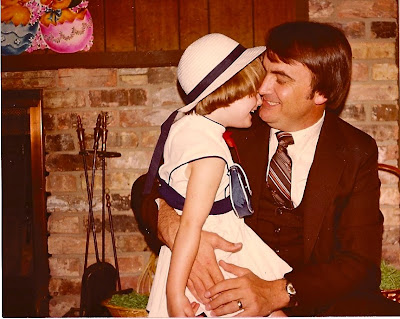 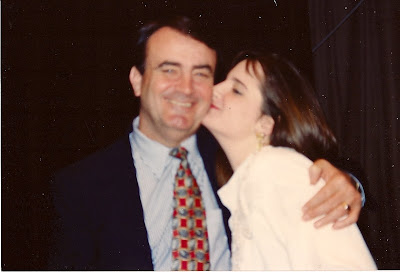 Every day I visit your blog in desperate need of a good laugh and you always deliver! So glad you shared this more serious and touching story about your Dad and his wonderful life.

I may never speak to you again. All these kiddos are looking at me like they are terrified. Apparently, they aren't familiar with the way my nose swells to twice it's normal size when I cry. Awesome.

Now that I am done crying at work, I must say that is an amazing piece. I often wonder to myself how all of you Palmore girls have held it together so well. I hope my daughters will always look up to me the way you all did to Charlie. I loved every word of your blog except for the part about all good men being Cowboys fans! Good work Cathcy!

What a great Daddy!

I'm totally crying after reading this post. His poem to you was so beautiful, and it was a sweet glimpse into his soul.

Hugs to you today!

Sweet, sweet man. You forgot to mention how you inherited that same storytelling gift! I always loved it when he came to visit us in B'ham. Thanks for sharing the photos, too!

I miss Charlie. He was so generous too. Remember when he wouldn't let me pay for the new tire I needed when I was in Birmingham? He REFUSED to let me buy it even though it was for MY car. I also love thinking about him laughing after he snorted at me and scared me out of my skin...every time. He probably did that 30 times and I jumped every time. I could go on and on. Yep, I miss him.

What a great tribute! You were raised by a great man (and woman too). I'm so glad I got to know him, even it was just a little. You girls have done awesome during this healing stage. Loved the poem. My dad has written me a few and they mean so much. Thanks for sharing your heart.

Thanks, guys! I had forgotten about some of the memories that some of you mentioned - thanks for reminding me!! He really was the greatest!!

Still crying at me desk... I read them backwards- and had about two weeks to catch up on. Happy belated Birthday Charlie.