On Friday night, my family took me out for my birthday dinner at Cheesecake Factory. Right outside the restaurant, there is a waterway that was made to SORT of resemble the Riverwalk in San Antonio. Our waterway is a little too young to be the cultural and social mecca that the Riverwalk is but it's growing. There are businesses and restaurants along it and there are Waterway Taxis that take people from place to place or just give a tour of the Waterway to those who are just along for the pretty ride. Since this story is about our boat ride, I thought it might be nice for you to have a good mental image of what I'm talking about. Here's what the Waterway and the taxis look like this . . . 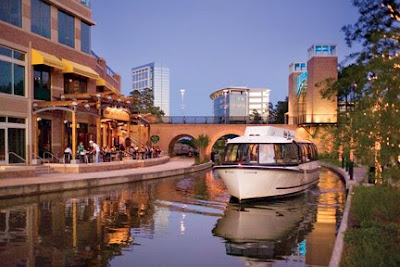 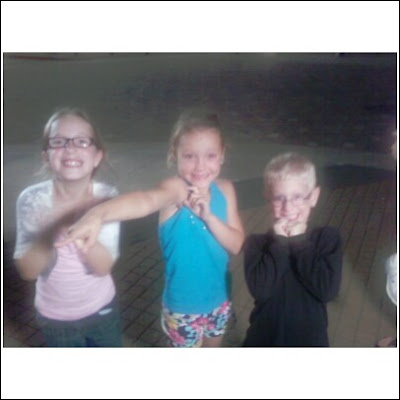 And here they are giving their best "That was the worst, arm-ripping boat ride EVER!" looks: 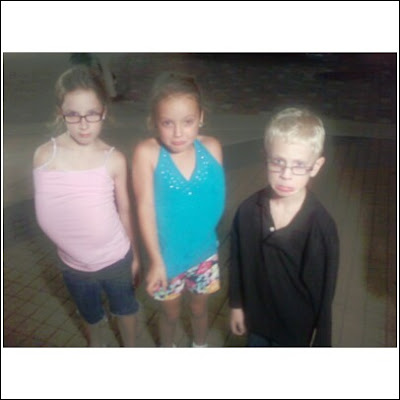 (Note: Avery was too traumatized to participate in the photo shoot. She was seeking the shelter of her mother's arms.)
So if you find yourself walking along the Waterway saying "I'd love a good perverse thrill today," hop on one of those 30,000 pound boats and see where it takes you.
But, for goodness sake . . . DON'T touch the ballards.

Posted by Catherine at 1:17 AM

Labels: my family, people I meet

so so funny! I still can't believe that all actually happened. I kept expecting someone to jump out and tell us we had been punk'd. That guy had a mean case of the crazies!!

That was hysterical!!!!! I kept just getting parts of the story over the weekend, but now I get the whole picture!! Loved the before/after shots, too.

Oh man! It's a good thing I wasn't there—I would have gotten myself kicked off. I would have been much more vocal about all you observed. I probably would have told the guy what an idiot he was.