I started watching White Collar last week on the USA Network. It's a show that they have been promoting for FOREVER and it finally premiered last Friday. Have you heard of it? Here's the premise: Neal Caffrey is a talented con artist who's in prison and Peter Burke is the FBI agent who put him there. Burke works in the white collar crimes division and is trying to bust a counterfeiter who is eluding him. Neil suggests that he be released from prison into the custody of Burke to partner up and find this guy using Burke's skills as an agent and Caffrey's experience as a con artist. I really liked the first episode and am eagerly awaiting the second one this week. It's such a unique idea for a show so I love it. Plus, the two guys on the show are cute so I love THEM . . . 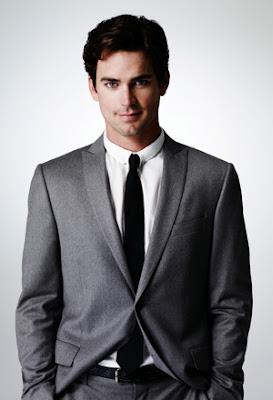 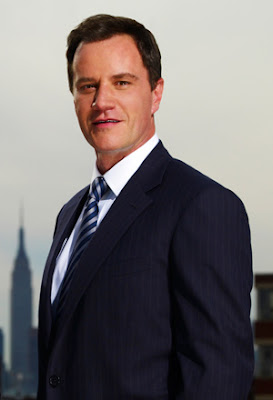 Aaaaaaaaaaaaaaand, frankly, that's a big reason that I'm now hooked on the show. I know it's shallow but that's just how I am - I have a problem with developing crushes on guys on TV. I need serious help.

First, there was Kevin Von Erich. He was a wrestler on World Class Championship Wrestling and I LOVED him: 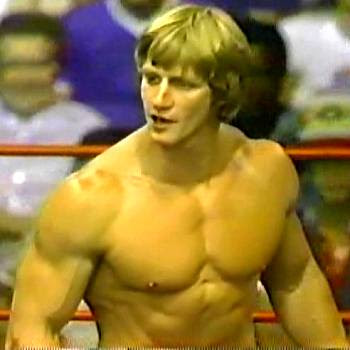 Look. I was 8. I watched starry-eyed each week as he beat up Gorgeous Jimmy Garvin while I ate my macaroni and cheese from my Dukes of Hazard TV tray. And he wrestled barefooted . . . how could I NOT have a crush?

But I must confess that my heart did not wholly belong to Kevin . . . he had to share it with Bo Duke. 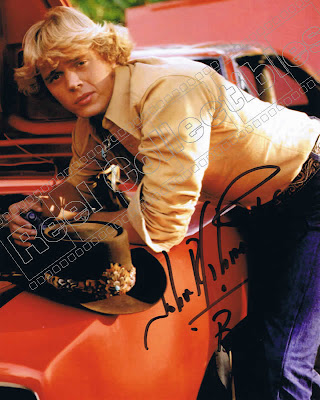 Man - this picture is kind of rekindling the flame . . . To this day, if a man effortlessly enters his car through his window, I'm hopelessly in love with him. Throw in a good slide across the hood of the car and I'm making wedding plans. It's who I am, folks. Love me through it. Love me through it.

Next was Kirk Cameron, of course: 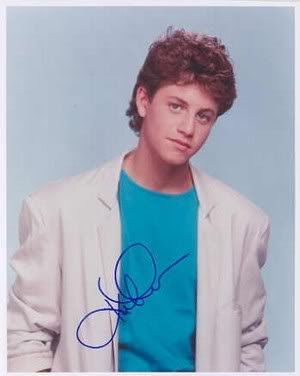 My room was plastered with Kirk Cameron posters and pictures. Each time my mom went grocery shopping, I tagged along and spent the whole trip in the magazine section looking at pictures of him in Bop, Big Bopper, or Tiger Beat. I loved him. I loved him for his smile, the trouble Mike Seaver always got into on Growing Pains, and I even loved him for his pleated pants. Hey, everyone wore them back then. Don't you judge him . . .

Now that I'm older, I'm more mature and don't fall in love with everyone on TV. Well, that's actually a bold-faced lie . . . I actually think it's gotten worse somehow. Plus, now I get crushes on the characters rather than the actual actors. For example, I don't really care anything about Kiefer Sutherland, per se, but I love love LOVE Jack Bauer from 24: 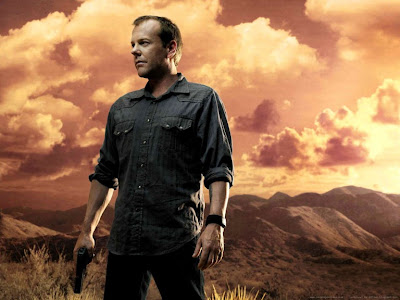 Before you commit to assuring me that I'm normal, I should tell you about one crush you may not understand OR find normal: Dog the Bounty Hunter . . . 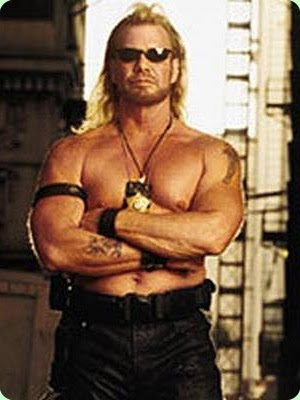 Look - there was a 24 hour Dog the Bounty Hunter marathon on one day and I was bedridden. It was the only thing on TV and, let me tell ya friends, when you see Dog for that many hours straight, you start to love the guy. I'm terrified of his wife, but I love him. Even his mullet. Don't judge me.

One of my biggest crushes and one of my FAVORITE men on TV is Mike Rowe from Dirty Jobs. If you watch a few Dirty Jobs marathons on the Discovery Channel, you'll love him, too. (Man, I have GOT to stop watching marathons . . .) He's handsome, smart, funny, quick-witted, and if he can slide across the hood of his car and then jump in it through the window, I'm calling the church. I love watching Dirty Jobs because he has such a GREAT sense of humor and such a sense of humility about him that you just can't help loving the guy. Plus, sometimes he takes his shirt off . . .

ANYWAY, I was watching Dirty Jobs one day and was horrified to see Mike have to do this job . . .

Hands down the most disgusting thing I've seen on TV. But, despite the fact that no amount of tooth brushing can make that right, I love Mike Rowe. And that's because my love is unconditional.

Well, unless Jack Bauer comes along . . .

Posted by Catherine at 1:33 AM

That was probably one of my faves!!! Loved the bit about Bo Duke!!!!

i am so disturbed right now. I have completely forgotten about all the funny stuff...bo who? eric what? all i can focus on right now is calling and making a donation to PETA. I cannot believe that that happens!! Seriously, it makes my tummy sick. I'm getting my debbie downer on, but COME ON!! that wasn't just gross it was disturbing and sad and i'm mad at you for posting it catherine!!!

You should Youtube it. There's another video you can watch where Mike Rowe talks about the whole experience and how he demanded that they do the castration process the way PETA and the Humane Society say it should be done. So the guy did it that way and they lamb he did it to was trembling and couldn't walk and was over in the corner in pain. But the ones they did the other way were running around and over it. It was interesting. Watch it!

Ps - the way PETA and Humane Society say to do it is tying a rubber band around the, uh . . . goods . . . until they fall off. And that's what they did to the one little lamb and he was miserable. Poor little guy!