I spent this weekend in lovely San Diego visiting my friends Andy and Kacey and their two adorable kiddos, Kien and Maya. Don't believe me that they're adorable? Here - judge for yourself . . .

Here's Kien with a SUPER loose tooth which he lost while I was there, thankyouverymuch: 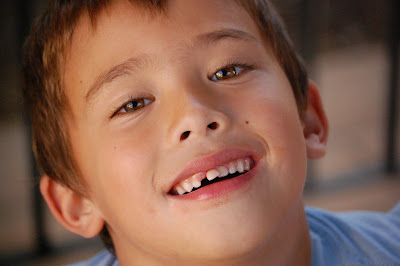 And here's Maya after an unfortunate frozen strawberry lemonade accident: 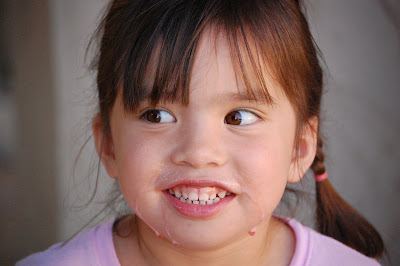 Aside from seeing my friends, I was most excited about spending a few days in a city with Naval bases, Marine Corp bases, and Coast Guard Stations. And San Diego is the birthplace of Naval aviation. Ummmm . . . can you say JACKPOT?! Visions of uniforms and tight fades danced in my head. I was sure to come back to Texas with a Fighter Pilot on my arm - well, first stuffed in the overhead storage but THEN on my arm - and live happily ever after, showing him off and making him play sand volleyball while wearing mirrored aviator sunglasses. I hadn't worked out ALL the details but it was going to be GREAT. Unfortunately, that dream never materialized because, as Andy explained, we were not around the bases but, rather, in a predominately gay area of San Diego.
This is my life, people.
So we toured the city and I got to see so much. We went to La Jolla Cove and climbed all around the rock cliffs and took LOTS of pictures of the waves crashing. You may now admire my artistic abilities: 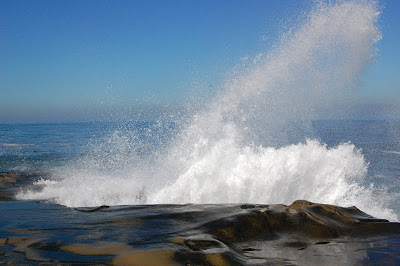 It wasn't until we were on our way back to sturdier ground and off of the cliffs, that we saw this sign: 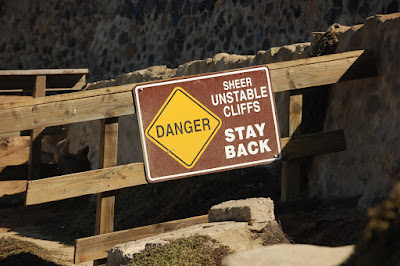 We shopped around La Jolla and then went to pick up Andy and Kacey's kids at school. As we pulled up to the school, I saw this sign on a wide-open gate: 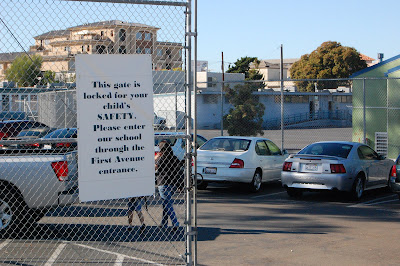 After we picked up the kiddos, we met Kacey and headed over to Balboa Park to walk around. Balboa Park is where the zoo and the museums are and it's a beautiful place to stroll. While we were there, Kacey spotted a "reverse skunk" hairdo on a fellow stroller. It was amazing and HAD to be photographed inconspicuously so that it wouldn't get frightened, jump off the man's head, and run away. Andy pretended to pose for me while I pretended to take a picture of him. But the real focus of the picture is the man on the left - the Reverse Skunk: 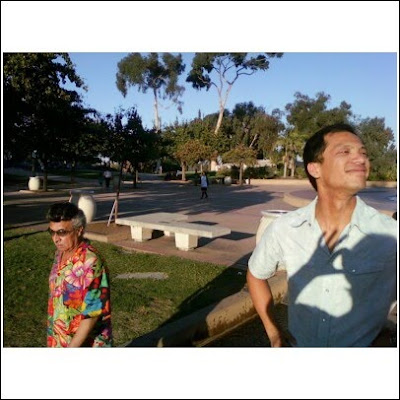 Awesome. I've never seen such perfectly coifed hair with such precise color separation. I hope that he tipped his colorist for her remarkable attention to detail. And that she was promptly fired for inflicting that upon the rest of us.
On Saturday, we had brunch at a place called Hash House A Go Go where we were served the most RIDICULOUS portions. Each piece of my french toast was roughly the size of a brick and there were three of them - three bricks served to me on a huge serving platter, not a plate. I just marveled at how big they were and immediately took a picture with my phone to text this breakfast phenomenon to everyone I know. Here's your copy: 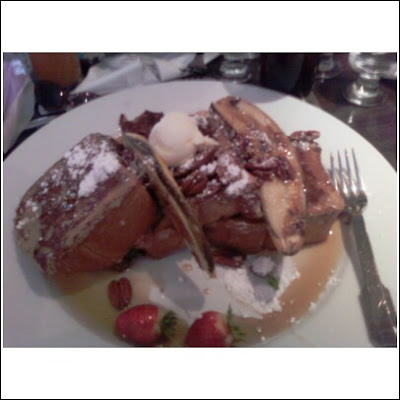 After I sent out my picture text, I realized that, because I had made such a big deal about how humongous and unnatural the portion was, I couldn't then consume the entire contents of my plate. If I wanted to face everyone again, I'd have to go on and on about how I could barely make a dent in all that food and how I was so stuffed after one piece and blah, blah, blah. It's just another example of how my big mouth has gotten me into trouble and deprived me of french toast. Well, this is the first time it's deprived me of french toast but you get my point . . .

Andy ordered the biscuits and gravy and was served what looked like the scrapings from the plates of earlier customers: 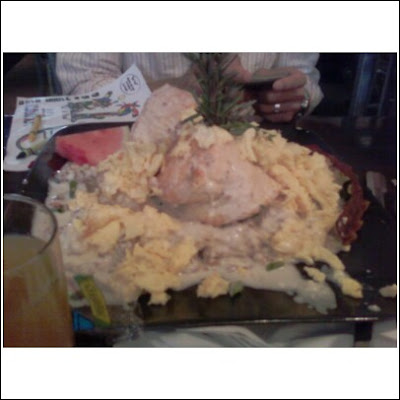 But, like everything there, it was DELICIOUS. Especially if you ate it with your eyes closed. He took the leftovers home which I thought was ironic since it looked like he was eating leftovers in the first place.

Then they all took me to Coronado where we walked around the beach and tried to take more artistic photos: 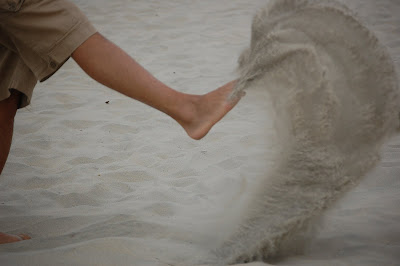 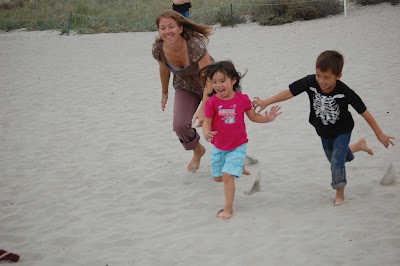 But, as with all good trips, all too soon it was time to leave. I was sad to be leaving my friends, the beautiful scenery, and the gorgeous weather. It really was a great visit. But, you know, as much as I loved visiting California, I know I could never live there. Why? you ask. Because it goes against everything I stand for. Case in point: 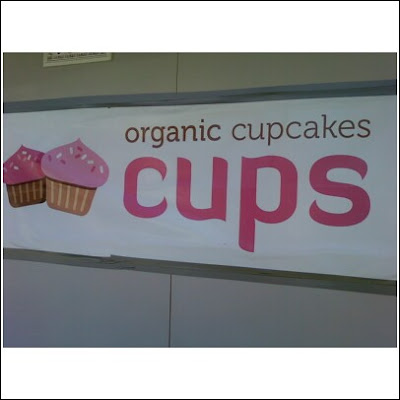 When you take all that is good and right out of a cupcake and try to make it HEALTHY, you cross the line, California. And I cannot tolerate that.

So I plan to return again in the Spring to enjoy MORE beautiful weather and time with my friends.

Thank you so much for visiting us Catchy! We had a great time hanging out with you. And if you ever get past all the organic out here, then it'll be time to start in on the vegan! mmmmm! Maybe we'll invent vegan Little Debbies! : )

Great pics of Kien and Maya! Still can't get over those plates of food! I get to go next.... :)