The worst idea EVER. 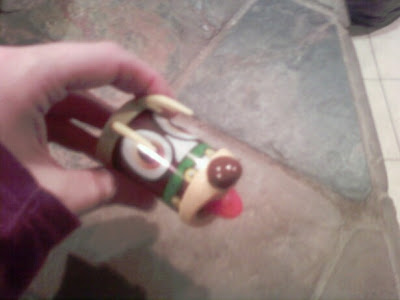 On the bottom, it has a little orange thingy (that's a technical term) that looks like this: 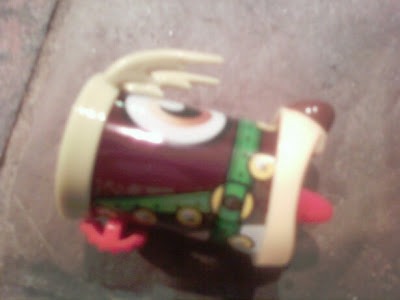 You put your thumb on the orange thingy and you slide it forward and then the reindeer's tongue comes out like this: 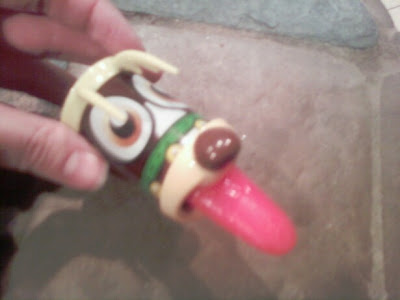 And it's a lollipop.

This was not well thought-out, friends . . .

I'll never be able to look at Rudolph the same again. Now I understand why the other reindeer didn't let him join in any reindeer games.

The tag on the lollipop says "The only pop that can lick you back!" Like they're proud that they're the first ones to come up with this idea and tap into this market. Well, yeah - you're the first, geniuses . . . because all the other candy companies fired this guy when he pitched it to THEM. It's disturbing. And possibly the worst candy idea EVER.

Unless they make a Mike Rowe version . . .

OMG!! Cracking up over the reindeer game paragraph!! I hope you bought several! :)

Oh Catherine! You never fail me.

i just saw those at Walgreen's...half way thougtht about buying them for the boy's stockings...than realized it was a little too wierd.