I went to the mall with my mom this weekend to get a few things for my night of speed dating and, after we had wrapped up our shopping and were on our way out to our cars, I made a spur-of-the-moment decision to get one of those chair massages. You know what I'm talking about - you've seen the Asian chair massage people a million times and you've probably passed them by without thinking twice about it. So do I, usually. But this time I decided to give it a try just for the heck of it. I walked up to the guy who was standing there and, seeing that I was interested and not wanting to risk that I would change my mind, he started pulling me toward a chair. I resisted so he put his arm around my shoulder and tried to push me toward a chair.

This should have been a red flag.

When he realized that I was strong-like-bull and couldn't be pushed and/or pulled against my will, he gave up his efforts at trying to abduct me and, instead, showed me a laminated card that had their prices and the different kinds of massages I could get. I saw that I could pay $12 for a 10 minute massage or $24 for a 25 minute massage so, naturally, I decided to go for the 25 minute massage - it just made sense. So I let the guy pull me excitedly to one of the massage chairs and push me down into it. There was a bit of a language barrier but he did his best to "introduce" me to the guy who would actually be massaging my back and then THAT guy gestured with his hands to tell me that I needed to lean forward and place my face into what we'll call the "face holder" because I don't know the technical name for it. I followed his directions and leaned forward until my face was planted into the little face holder. Then my little massage guy went to work.

And it was quite possibly the most painful experience I've ever had in my life.

Now, granted, I've never birthed children. But I daresay this chair massage would be more painful even than that because it wasn't as much a "massage" as it was a "beating." He started by standing in front of me, pushing my shoulders in an alternating pattern - right, left, right, left, etc. - and he was pushing on my shoulders so hard that I thought for sure I heard ligaments in my neck snapping. I looked through the little face holder and saw that he was leaning into this move with his entire body weight, as if he were walking against Category 5 hurricane-force winds.

That's when I looked at my watch and cursed myself for not picking the 10 minute option.

Toward the end of the 25 minutes, he started to massage my scalp. I felt relieved because scalp massages usually feel so good and, since my scalp is just bone, I foolishly thought "what pain could he really cause me?" He started with my ears, rubbing them until I thought they would burst into flame. Then he moved to the base of my skull and did his push SLAM! technique there for a few minutes. Unfortunately, every time he SLAMMED me, he pushed my throat into the base of the face holder so that I was basically getting choked every 3 seconds. As I sat there trying to figure out how I had actually been suckered into paying $24 for an assault AND strangulation, he began trying to harvest my frontal lobe with his thumbs. Eventually he moved his attention to my temples and that's when I got seriously concerned about the potential for brain damage and/or looking like this guy: 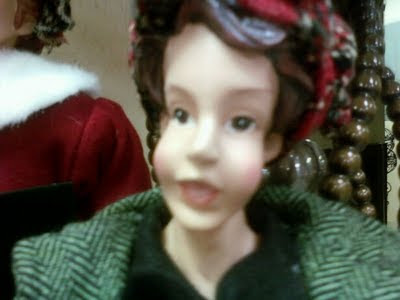 Mercifully, my 25 minutes came to an end and I was released. My little guy slapped me on the back and I winced at the bruises already forming. He smiled at me and proudly asked "You feel better?" I put a brave smile on my face, and said "Yep!" - I mean, what else could I say? He seemed so proud and I didn't want to let him down.

And, frankly, I was more concerned about getting home to put some ice packs on my ears . . .