I think Christmas decorations must be the happiest things in the world.  I mean, they are so bright and cheerful - can you name any other type of decoration that brings so much joy?  I can't!  But, you know - it must be hard to be a manufacturer of Christmas decorations.  I mean, you can't just make the same thing every year.  You have to constantly be re-thinking things and trying to come up with new and creative ways to make a candy cane or a snowman or a nativity scene.  It really must be exhausting.

And sometimes, the effort at thinking outside the box just doesn't really work.  Sometimes, you just have to go with the age-old, tried and true design.  Case in point: the snow globe.

Snow globes have been around FOREVER.  They've been done and done again.  Is there really anything you can do change it up?  I mean, it's a pretty standard formula.  You take a winter scene, maybe a bird: 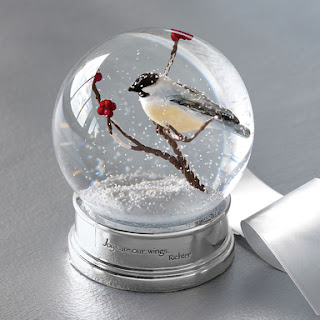 Or a city scene: 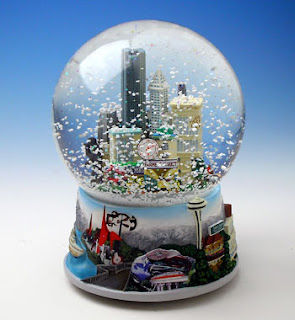 And voila!  You have a snow globe!  Nothing to it.  And the important thing is that this is what people expect.  They aren't looking for creativity with a snow globe.  They aren't waiting to see what you come up with next.  They just want a pretty scene, maybe throw in their favorite sports team - nothing too out of the box. 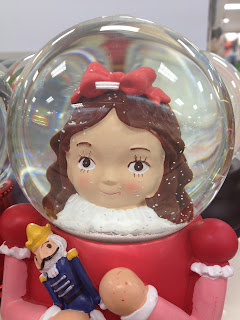 And definitely NOT a child with her head stuck in a globe filled with water.

Seriously.  This is disturbing.  First she gets cursed with a ball for a hand so that she can't play with her new nutcracker.  And then BAM! she gets her head stuck in a freaking snow globe.  Worst.  Christmas. EVER.

This is by far the worst idea for a snow globe to date. No way it can get worse than this sweet little girl staring back at me through the water . . . 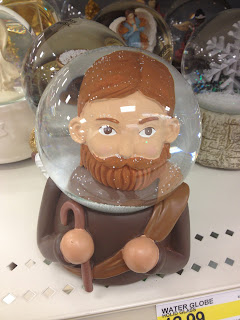 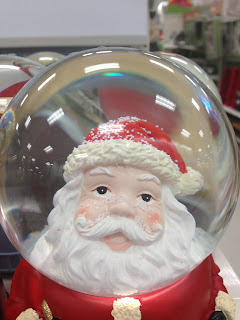 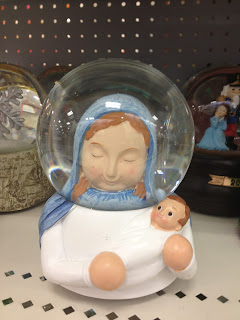 I'm sure they meant to make Mary look peaceful in this one.  But, instead, she looks as if she has finally lost consciousness and is slipping away.  It brings a whole new meaning to Silent Night . . .

So, while I tip my hat to the companies that make the Christmas decorations that brighten up our lives from Thanksgiving to New Year, I beg them to think about their new, creative spins on things.  And to remember that, as a general rule, trapping people's heads in a snow globe is tragic.  And typically does not say "Peace on Earth, good will to men . . ."