As we begin this Election Day 2012, there are three things I know for sure:

1.  No matter who wins this election, it appears that we have 4 years of the same facial expression to look forward to: 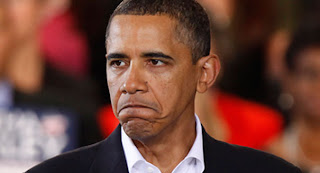 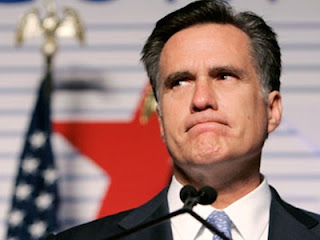 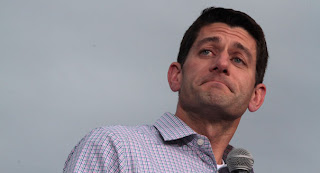 2.  Whoever loses this election can blame his fans on facebook.  Good Lord . . . some of those people are their candidate's WORST marketing tool.

And friends, that someone is ME.

So I'd like to ask for your vote on this Election Day.  If you've already cast your vote, it's okay - just go to your local poll and tell them you've changed your mind.  They get that AAAAAALLLLL the time.  If they won't let you change your vote, then just yell things like "voter suppression" and "voter intimidation" and they'll figure something out.  Trust me.  I know these things.  I'm a lawyer.

"Why should we vote for you, Catherine?" you ask.  "What can you do for our country?" you want to know.  Well, I'm glad you asked.  Let me tell you just a few of my BRILLIANT plans for my Presidency . . .

1.  I would name Jack Bauer as my Vice President.  Granted, he's a fictional character.  And, yes - he's excessively intense.  BUT he could win a vice-presidential debate by strangling the other candidate with his thighs.  And there's a lot of merit in that.

2.  I would solve the nation's fiscal problems by levying a "skinny tax" against all skinny people.  I know I know - we all have skinny friends who are precious to us and none of us want to see them singled out.  But, let's face it, they kind of deserve it, what with all their strutting around in jeans that fit and shirts that don't cling to their muffin tops.  If conventional politics tells us that we can ask the wealthiest Americans to pay a little more in taxes, then why can't ask the skinniest Americans to pay a little more?  I'm pretty sure there's a clause about this in the Constitution.  Again, I'm a lawyer so I know these things.  No need to fact-check.  So I propose taxing anyone who wears pants sizes in the single digits, anyone who has ever said "I'm not really a 'sweets' person," or anyone who has ever asked for the dressing on the side.  Are you with me?

3.  I have some good ideas for creating new jobs.  For instance, I think every grocery store should hire at least one person whose job is to walk around with a shopping cart for anyone who incorrectly chose the handheld basket when coming into the store.  You know what I'm talking about - you walk in thinking that you are just getting a few small items and you just need the little basket.  Then before you know it, you're having to lug it around with both hands, leaned back to counter the weight that you're holding, and you're struggling to find any room for the carton of milk that you decided to get after all.  Wouldn't it be nice if someone were patrolling the store for that very problem, ready to help you upgrade to the shopping cart?  Just think, if every grocery store added just one person who did that job, that would add like . . . well, probably more than . . . it would HAVE to be somewhere around . . . well, suffice it to say it would create a LOT of jobs.  I would be a hero.  And that's really what I'd be going for.

4.  I would require military personnel to wink when they salute me.  This does nothing to advance the state of our country.  But it would make things like getting off a plane A LOT more fun.

5.  Forget e-harmony.  Forget match.com.  If I were President, the whole WORLD would be trying to find me a man.  I'd have my pick of nationalities.  The French might want to arrange a marriage to create an alliance but I would say "No zank you."  Russia might see it as an opportunity to get one of their own into the White House.  But I would say "Niet."  The Italians might send over some gorgeous Italian to try to secure American allegiance but I would say - well, let's be honest.  I'd totally say yes to that one.

So there you have it - some of my best plans for my Presidency.  Hopefully you agree that I have much to offer my country and my fellow Americans.  But, hey - if you still need convincing, just remember that, at the very least, I can offer exactly what these other guys are offering you right now: 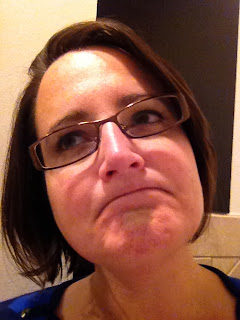 Posted by Catherine at 1:43 AM